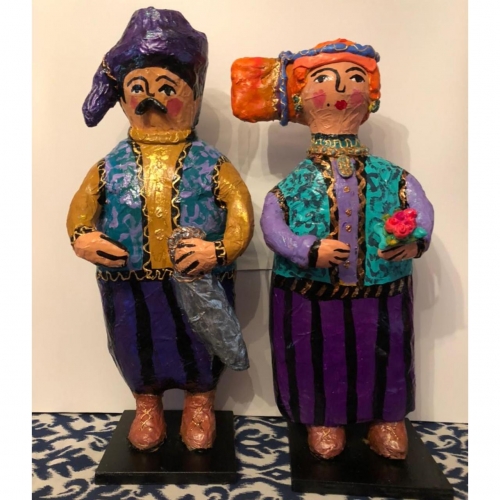 Pre-order by sending: 1- A DM on @anoddtale 2- an email on [email protected]

The sculpture is placed on a black wooden stand.

This art piece is environment-friendly and adopts the art of expression and the art of validation through recycled items.

Abla and Antar on a Horse Paper Mache Sculpture