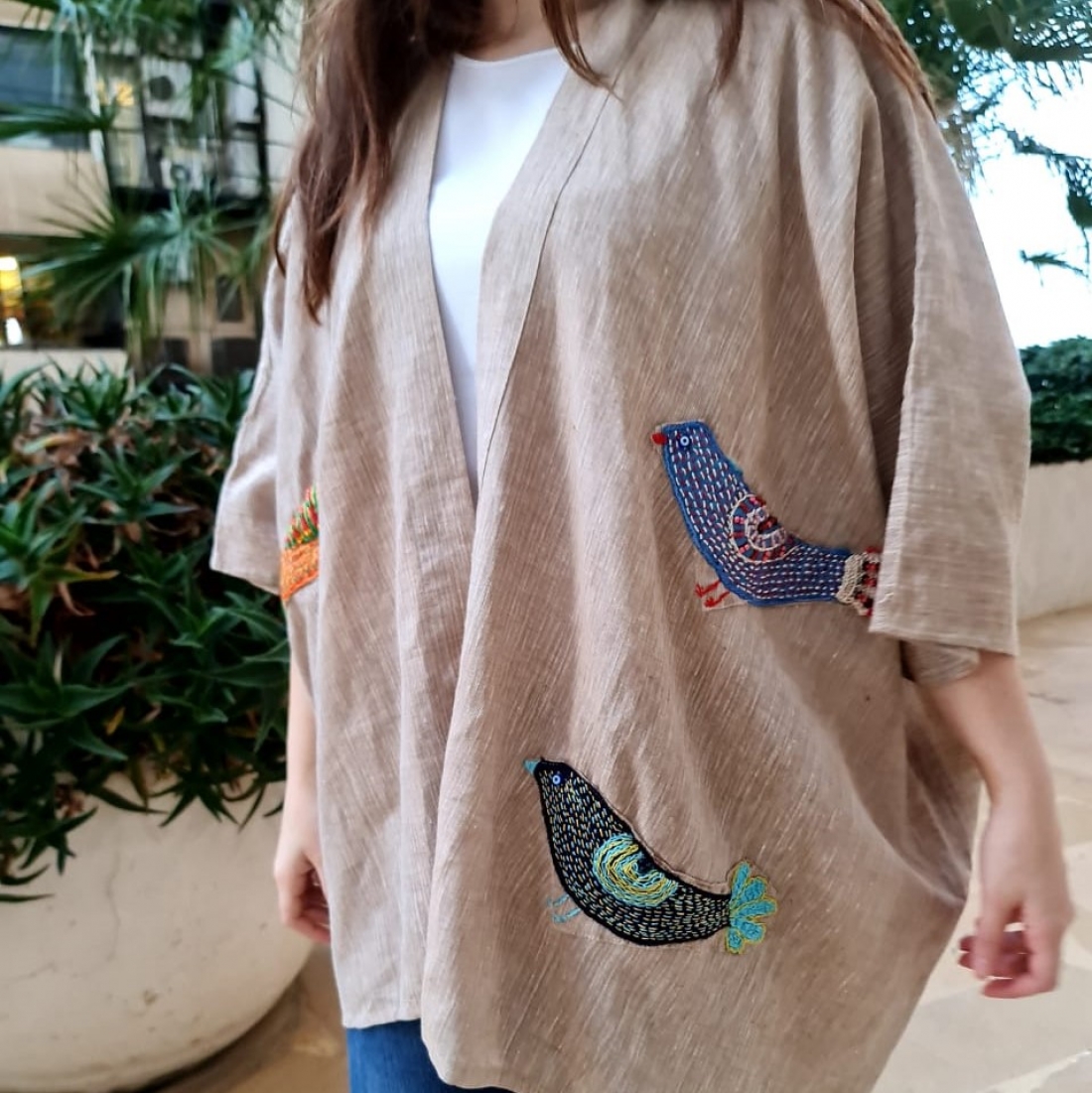 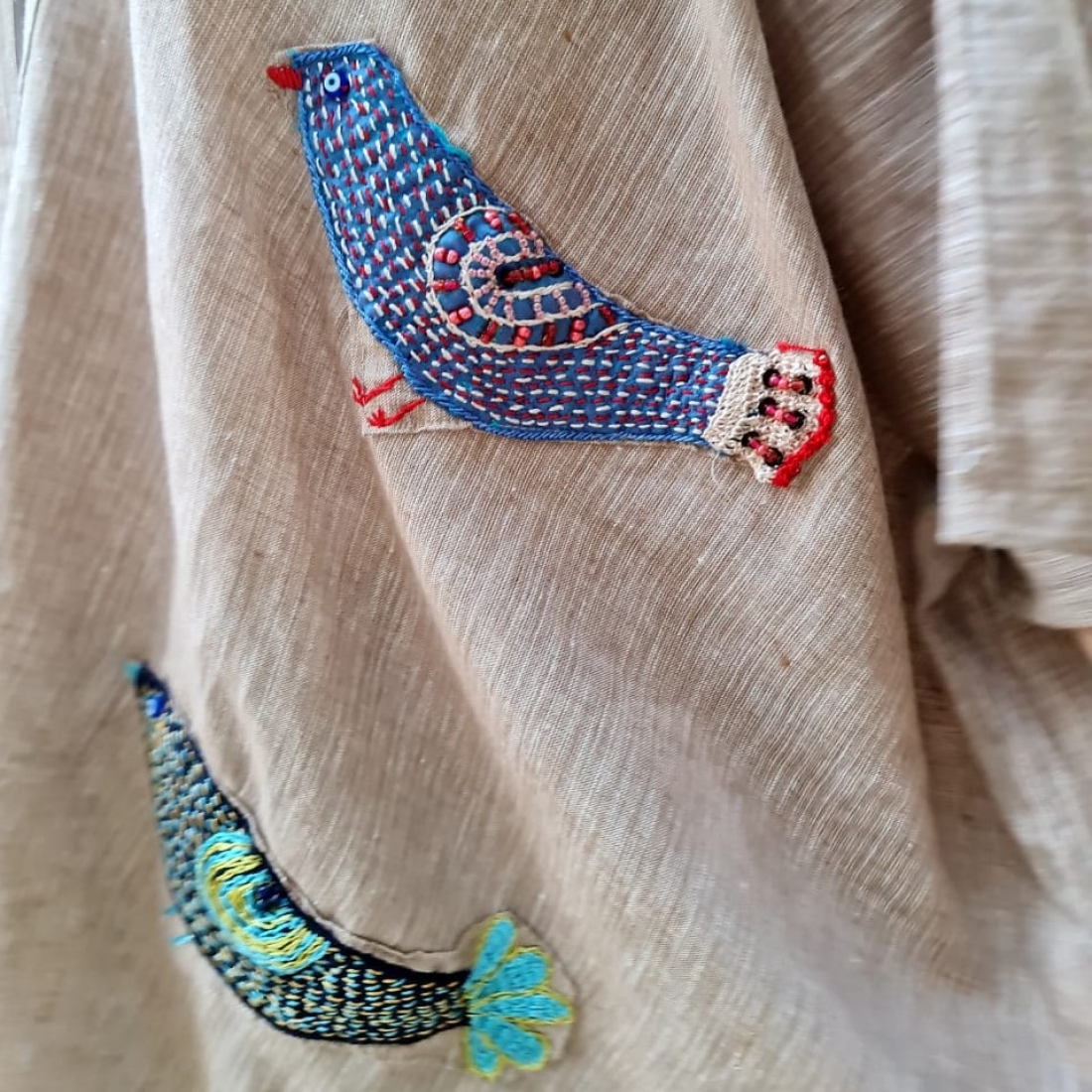 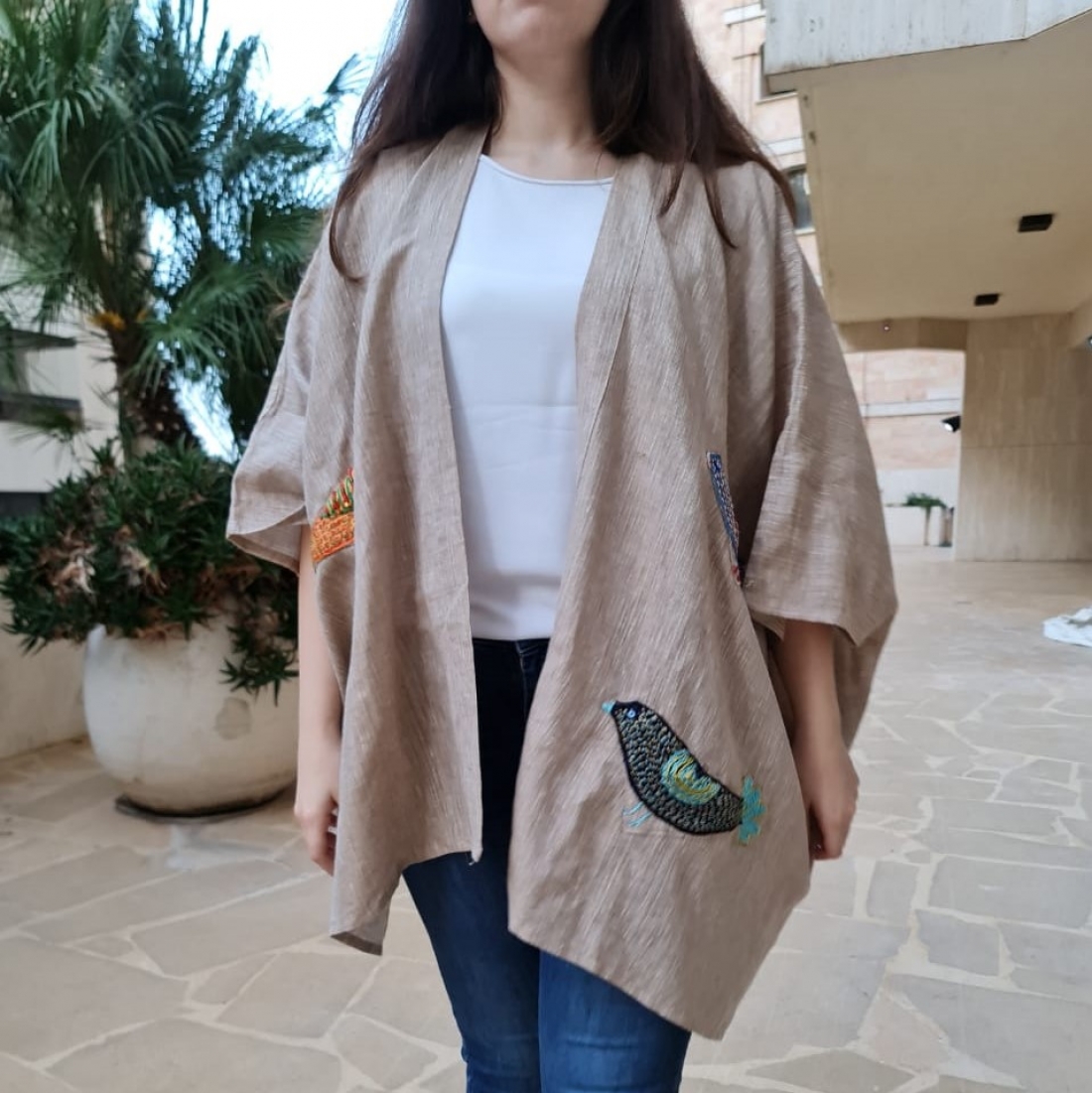 Level up your style game with this unconventional one-of-a-kind Abaya! A piece that has been so delicately designed with birds hand-embroidered precisely to capture the eye and the heart. The colorful combination elegantly adds an aesthetic touch of liveliness and boosts your outfits instantly. It is indeed an original, authentic, and marvelous piece to add to your wardrobe!

Mona Mohanna is a Lebanese designer, who left to Italy in 1989 where she received her Master’s degree in Fashion Design. Her thesis entitled ‘Controlled Seduction’ was quoted and illustrated in several prestigious fashion magazines. Since early inception, the fundamental characteristic of Mona Mohanna’s work is her ability to create a new interpretation of “East Meets West” by mixing traditional textiles from the Middle East and Asia under an occidental cut attracting the modern woman by bridging the gap between traditional and modern.   The designer has a fully dedicated showroom in Milan, Italy, with clothes and accessories made in Lebanon. The fusion of traditional material and techniques, became Mona’s signature. Mona Mohanna’s work has been rewarded many times. In 2002, she received the prestigious prize Ismu awarded to foreign entrepreneurs in Milan. In 2006, she received the Primo Europeo Terziario Donna  from the Chamber of Commerce in Milan.