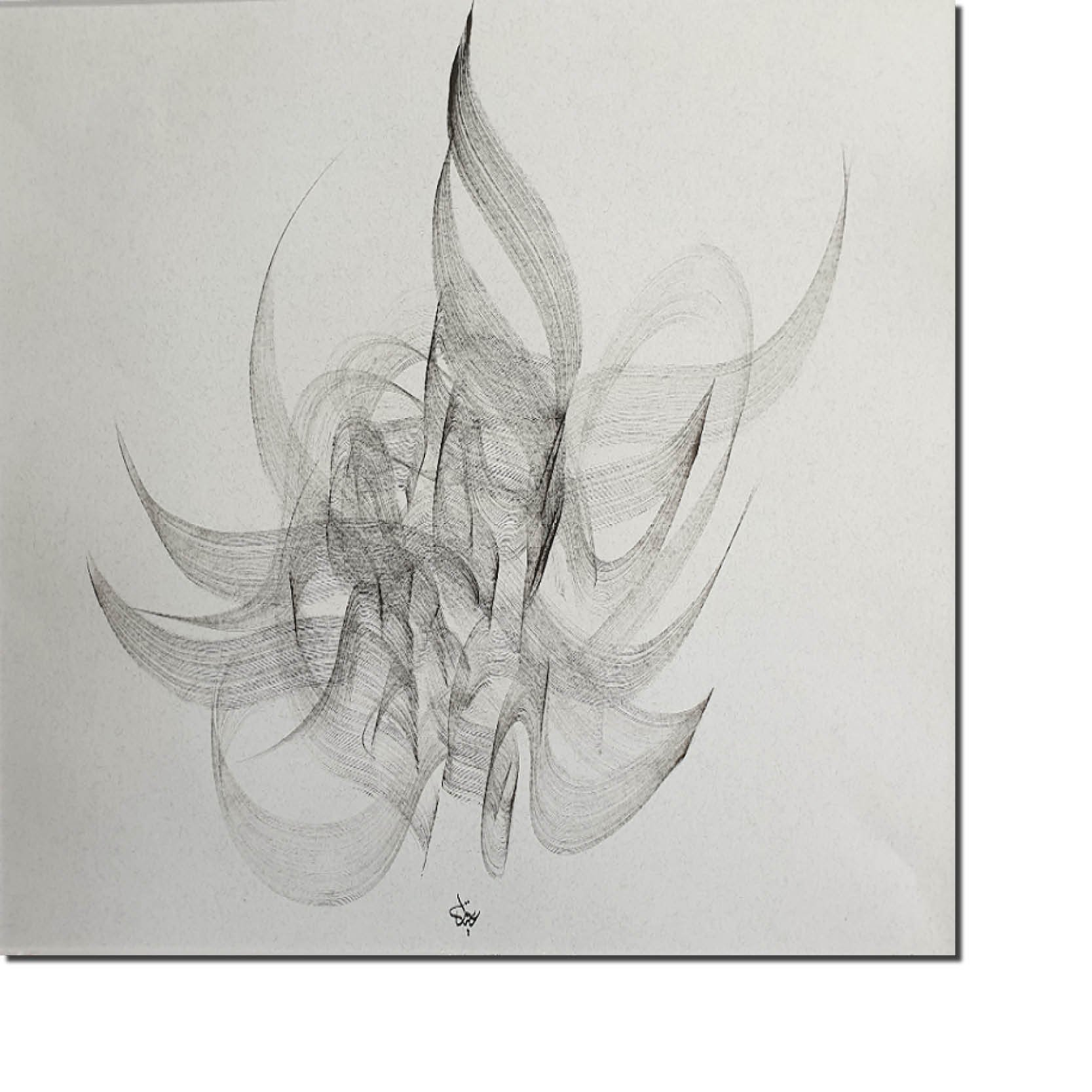 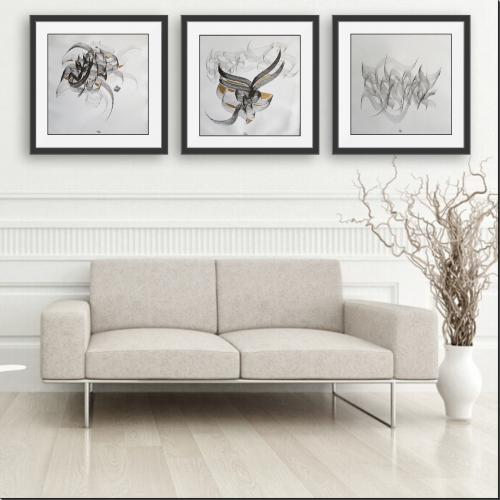 Akil Ahmad builds each maqam on a scale and carries a tradition that defines its habitual phrases, important notes, melodic development, and modulation.
He presents a type of drawing that is the definition of inspiration for music and Arabic poetry. For Akil Ahmad, maqam is the captured moments turned by the movement and visual language. By drawing maqams, Akil takes us on a journey full of sounds and emotions.

A devoted artist, Akil was born in 1988 in Syria. His passion for Arabic calligraphy began at a very young age. He has participated in several exhibitions worldwide and his artworks can be found in private collections in Syria, Lebanon, Kuwait, Saudi Arabia, United Arab Emirates, Qatar, USA, Austria, and Ireland. One of Akil’s famous artworks is based on Arabic musical ‘Maqams’, which means places, and converts them from their audio pattern to an optical shape. Akil Ahmad searches for a visual modern language for the letter.